Cholesterol – fact from fiction
For many years now, cholesterol has been the bad guy responsible for clogging our arteries leading to cardiovascular disease. However, studies are now showing that it is not the direct cause but merely a component of a complex process that involves factors which we will discuss. Recent studies have shown that dietary cholesterol (in 90% or more of the population) does not necessarily correlate with the level of cholesterol in blood. In other words, it seems that we have been avoiding certain foods, such as eggs, to keep our cholesterol levels under control when it really does not affect our cholesterol levels anyway.

Please Note: there is a particular genetic trait that does cause an increase in LDL (“bad fats”) when too much cholesterol is taken in the diet and this affects a small proportion of people.

Cholesterol is important in the following ways:

So hopefully you are starting to realize that cholesterol is fairly important and is naturally regulated by our liver as part of our immune responses and also that cholesterol should not necessarily be forced to low levels as it has an extremely important protective effect.

Statins are prescribed drugs that lower cholesterol by blocking a key step in the pathway of cholesterol production. Many practitioners do not acknowledge that it is possible to lower cholesterol more than the body requires. There are other more body-friendly substances that have been shown to be as effective as the statins, such as policosanol – worthwhile discussing with your health practitioner if you are taking cholesterol lowering drugs. Unfortunately, statins also lower the body’s level of a substance called coenzyme Q10 which is a powerful and naturally occurring antioxidant and is used to protect the heart muscle against degeneration and provides the body with energy.

Something called “Homocysteine”
Cholesterol has long been considered an important indicator of cardiovascular disease risk. However, recently the medical profession has begun to take notice of something that has been known for many years called homocysteine.

The body has many very complicated chemical pathways and homocysteine is a substance that is produced as a by- product from one of these processes. It is considered a toxic by-product and is normally converted to other more friendly substances.

Homocysteine is produced from a process called methylation and this is a very important and complicated process that protects DNA as well as having other roles associated with DNA function. The process of methylation is an important anti-ageing factor and is disturbed by elevated homocysteine levels. A report from International journal of oncology 2003; 22:499-508 suggests that if homocysteine is elevated it inhibits methylation and produces pro-carcinogenic oestrogens which can be a cause of breast cancer.

Homocysteine has become a much more important indicator of cardiovascular disease risk than cholesterol because it actually damages the artery walls and then causes cholesterol to oxidize (which is the start of the plaque that builds up on the inside of the artery walls) even before the changes are detectable. People who suffer from heart attacks and strokes have HIGH levels of homocysteine in their blood. A simple blood test is used to measure homocysteine level and it should be in the LOWEST part of “normal” range.

Yet another report that came to me in the last few days, mentions a study reported from Curr Med Chem. 2003 Oct;10(19):1923-9 which suggests that individuals with elevated homocysteine levels are at increased risk of cardiovascular disease, stroke, and neurogenerative disorders such as Alzheimer’s and Parkinson’s disease.

Homocysteine (as mentioned above) is naturally converted to other more friendly substances but requires an adequate amount of vitamins B6, B12 and folic acid. If any or all of these are low then homocysteine will build up to high levels.

Anti-ageing Effect.
I apologise for the medical jargon so far as I try to keep information simple, but the above basically means that part of slowing the ageing process and retaining youthful health involves providing your body with the important supplements, vitamins B6, B12 and folic acid. The body cannot make these substances and so one needs to take them separately and food does not give us adequate supplies – a subject for later discussion.

Life Extension Foundation(www.lef.org) sells a supplement called TMG (trimethylglycine) that appears to be effective in lowering homocysteine levels if anyone has particular trouble in this area, but generally the abovementioned supplements should be sufficient and can be obtained from a chemist of health food shop. A high dose, broad spectrum vitamin B supplement is recommended. Folic acid can be safely taken in doses up to 1000 mcg daily. 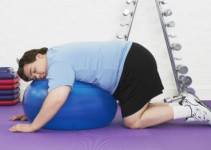 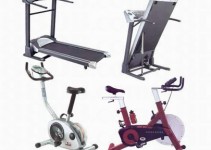 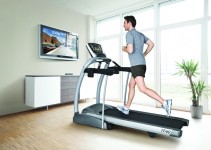